Northland opened in March 1954 and was a milestone for regional shopping centers in the postwar America; initially including a four-level J.L. Hudson's with a ring of stores surrounding it. It was eventually joined by a modernistic cinema with a “Cinerama” screen. Enclosed in the 1970s, it expanded several times and featured approximately 100 stores in its heyday. But Macy's, its last anchor, closed in March 2015, marking the death knell of the mall, which took up approximately 159 acres at the intersection of Northwestern Highway and Greenfield Road in Southfield.

A week after Northland closed, Eastland Center (Harper Woods) announced it was under financial stress and its future in doubt. By August, the general manager of Westland Mall, Jerome Weller, was featured in The Detroit Free Press addressing the difficult questions surrounding why “time is taking its toll on malls” – given threats from newer retail outlets, online shopping and changing customer tastes.

Yet, smack in the middle of this era, Southland Center – the fourth of J.L. Hudson Co.’s suburban shopping mall standards of innovation and luxury – is tracking the opposite course. While Northland, Eastland and Westland face varying forms of financial strain or stress, Southland Center General Manager Amy Jurecki could relax and smile while discussing the Taylor mall’s revitalization.

“We consider Southland Center to be the premier one-stop shopping, dining, entertainment and community destination in Southern Wayne County,” she said. “The mall has been an important gathering place for families in the Taylor community and beyond for 45 years, and, as you can see by our interior renovation and our new retailers, we are committed to providing our customers with an unparalleled, high-quality shopping and social experience.”

Those customers have seen plenty of positive changes at Southland since Rouse Properties assumed ownership of the 937,000 square foot, single-level, enclosed shopping center in 2012. While the Eureka Road retail district is constantly welcoming newer faces that brighten the City’s overall business outlook (see Menard’s and the huge Trader’s Point development, Panera, SkyZone, PizzaPapalis, etc.), the key driver of the area remains Southland. And if anything, it is taking the lead in modernization, renovation and reinvestment.

Over $20M in renovations


While Jurecki wouldn’t put a firm number on the amount Rouse has invested in Southland, the company is estimated to have spent over $20 million enhancing the mall’s aesthetics and image. And it shows. Walk around Southland today and the once-Spartan look has given way to bright lights, walls and flooring, artistic drop ceilings and expensive wood. In the near future, even the main outside signage will be changing, with attractive brick and new LED signs replacing the old standbys.

“We believed that the renovation, which began in 2014, would further strengthen Southland Center’s completive position in the market and serve as a catalyst for attracting new-to-market, high profile brands.” Jurecki said. “Not only has the renovation given the mall a more upscale and modern environment, it has also had a substantial positive impact on leasing, helping drive occupancy to 97% today compared to 74% when Rouse first acquired the mall.”

In just three years, Rouse has dramatically transformed Southland’s merchandising mix, adding more than 170,000 square feet of new tenants. In 2015, H&M (Hennes & Mauritz AB) opened a 25,000 square-foot location on the mall’s western end. Other new high profile brands that have opened under Rouse’s ownership include Pink, ULTA Beauty, Shoe Carnival, Zumiez, Francesca’s, Detroit Locker Room and Torrid. Grimaldi’s Pizzeria, an award-winning national restaurant chain, will mark its entry into Michigan with its opening at Southland by the end of this year, while Pittsburgh-based Primanti Bros. is also on the way. And then there’s Cinemark, which will open an approximately 50,000 square foot, 12-screen, all-digital theatre equipped with fully reclining, leather loungers in the old Mervyn’s location on the western-most side of the center.  The Cinemark theatre opened in time for the 2016 summer blockbuster season.

“We continue to upgrade the retailer mix at our malls, which not only elevates each mall’s overall appeal to our customers, but enables us to attract stronger and more exciting retailers in the future,” said President and Chief Executive Officer Andrew Silberfein of Rouse Properties.


Plans for the updated Southland Center also call for the mall’s two center courts to be completely redesigned into shopping and dining concourses that will help drive additional foot traffic and serve as appealing gathering places for families and the local community.

“Rouse has certainly taken steps to revitalize the shopping experience in Greater Detroit and ensure Southland Center remains an important fixture of this community for many years to come,” Jurecki added. “We are truly excited for the future.”

Jurecki has worked at Southland for 23 years, but walking through the property with her, it’s probably a safe bet that she couldn’t think of a time she has been as proud as she is now given all that Rouse has accomplished at the mall. As we walked, she pointed out the attractiveness of the lobby outside JC Penney’s and the bright new floors; the SmartScreens in the concourses; the increase of kiosk-style locations like Detroit Style and Press Play; and the new look of Victoria Secret. Truly, this isn’t your parent’s Southland Center. 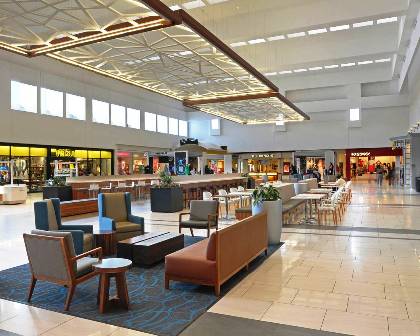 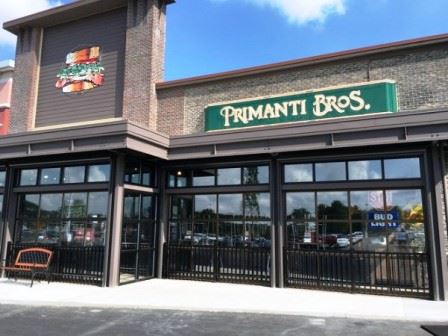 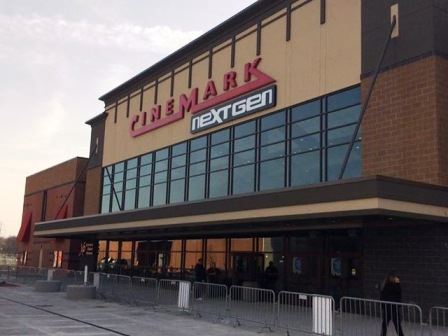 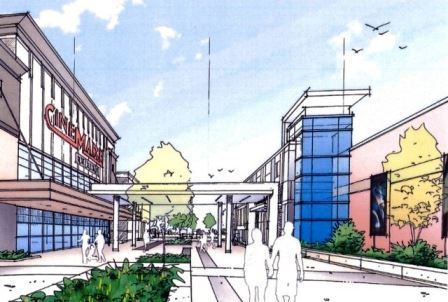 
​The new vision (below) for the Eureka Road corridor would make Southland Center much more pedestrian-friendly on the outside, and include a naturalized drain and restored greeway, boardwalks, parks, and extended lawns. 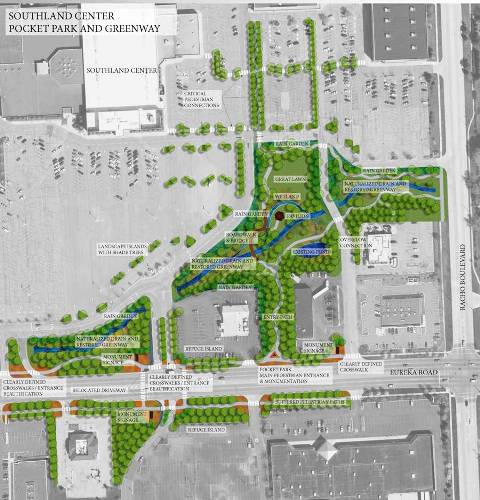 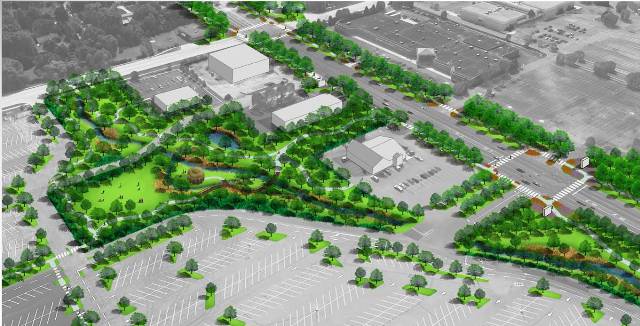