Ford has a better idea ... and replaces Masco, vacant Kmart


The City of Taylor risked losing one of its largest taxpayers when Masco began downsizing and relocating its headquarters to Livonia, but it turned out there was a better idea available right around the corner.

Ford Motor Co. has agreed to takeover not only the massive former Masco headquarters building at 21001 Van Born Road, but will also occupy the vacant former Kmart property right next door at 21111 Van Born. Masco owned both sites. Taylor’s Kmart closed in 2016 as part of a nationwide shutdown of locations by Sears, its parent company. It was Downriver’s last remaining Kmart. 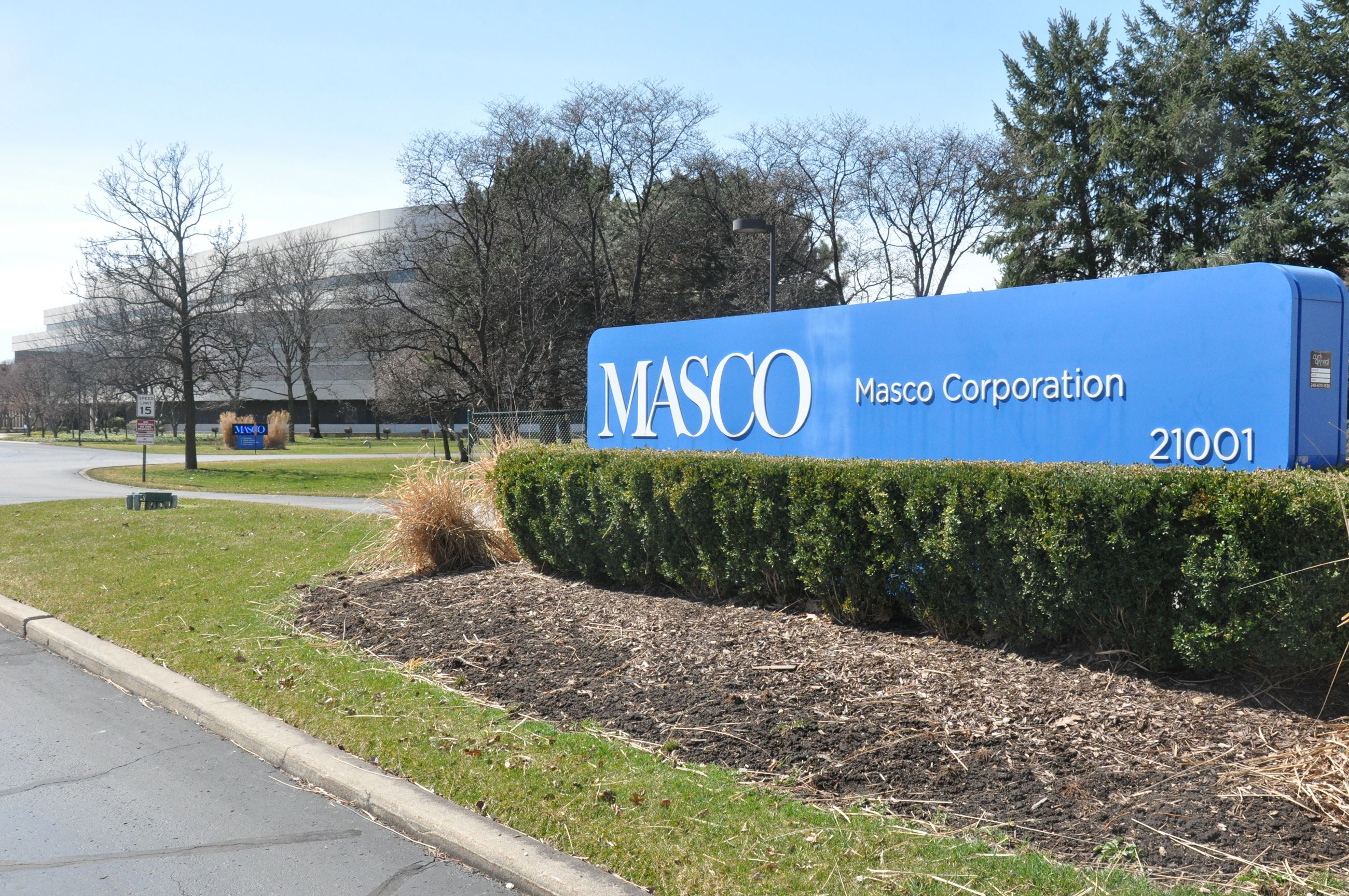 “We’ve worked with Masco for the past couple of years,” said Mayor Rick Sollars. “They never wanted to leave the City of Taylor in a lurch, and they had four options: sell, lease, donate the site to an educational institution or demolish the entire property and create a park, etc.

“We’re happy with this arrangement. Naturally, you want to land on your feet in these types of situations. This is a win-win-win – in fact, anytime you land Ford, it’s a big win. But Masco, the city and, of course, Ford all are winners in this situation.”

The importance of Ford-Masco transition

Many people – even those who have lived in Taylor all of their lives – don’t truly understand the size and importance of the Masco property. Its beautiful headquarters building is some 416,000 square feet alone, located well off Van Born, toward the I-94 interstate. The Kmart property, once a Super K, is another 170,000 square feet. As a comparison, while downsizing, Masco built a new headquarters in Livonia at less than one-quarter of the size of its Taylor headquarters.

The announcement is part of Ford’s 10-year transformation of its more than 60-year-old Dearborn facilities, which will co-locate 30,000 employees from 70 buildings into primarily two locations – a product campus and a world headquarters campus.

The four-story building has ample office and open collaboration workspace, an indoor courtyard, full-service café and 24-hour fitness center. Ford employee shuttle service will be expanded to include the new location, which is less than five miles from the Dearborn campus.

“On behalf of Masco, which has been a resident of Taylor for nearly 50 years, I am pleased that with this agreement we will leave our building in good hands of a company which has demonstrated strong commitment to the Detroit metropolitan area,” wrote Keith Allman, president and CEO of Masco, in a letter to his employees.


The Ford takeover of the site should offer many additional opportunities along the Van Born corridor and beyond. Mayor Sollars said that Ford plans to relocate more employees to Taylor than Masco ever had onsite. The move will create opportunities for spinoff businesses like restaurants, etc. But there is still plenty of work to be done. Taylor must rezone of the property. Leaders from Taylor and Dearborn Heights are already in conversations on ways to upgrade the Van Born Road corridor, which needs various improvements.

“We’ve been speaking with Dearborn Heights, and they may be as excited as anyone about this,” Mayor Sollars said. “Van Born needs improvements. It has for a while. We could be looking at some type of phrased in improvements over a three-year period.”

Taylor has been undergoing massive business improvements elsewhere in the City. Eureka Road is one of the state’s most popular business development corridors, and the new Menards’ development near I-75 will break ground this spring. Along Telegraph Road, Taylor Ford merged its properties into an $8M new expansion. DriveTime, an upscale used vehicle dealer, will be taking over the old Whitfield Family property on Telegraph north of Goddard, and plans $600,000 worth of improvements. The Pardee-Wick corner has seen massive upgrades by Walgreens and the Parwick Pharmacy group. Wayne County Community College’s Downriver District plans a $14M new horticultural center on its campus along Northline Road. And there are many more.

Van Born, however, has seen little redevelopment, which makes the Ford move so important. Recently, the only major changes have been a huge investment by Midway Sports and Entertainment, near Monroe, and the charter school, Quest Academy, west of Telegraph.

“We’re excited,” Mayor Sollars said. “Ford has never had real estate in Taylor. This should be a great opportunity for everyone.”


While the Masco Foundation will remain a recognizable partner in Taylor (and the company’s research and development center located on Trolley Industrial Drive will remain), the closing and relocation of its headquarters marks the end of an era in this City.

First organized in 1929 as Masco Screw Products Company by Alex Manoogian, Masco went public on the Detroit Stock Exchange in 1936 – the middle of the Great Depression. An automotive machined parts provider, Masco’s first contract (1930) was with the Hudson Motor Company (valued at $7,000). In 1935, the company's sales reached the $100,000 mark and the following year, Masco became a publicly traded company on the Detroit Stock Exchange. By 1942, Masco’s sales exceeded $1M.

Masco Screw Products grew into the Masco Corporation, a large holding company for numerous acquisitions. Small, family-run businesses were bought out by Masco Corporation. Between 1997 and 2002, Richard Manoogian, who succeeded his father as chief executive, acquired 42 companies valued at a total of $10B.

Masco Screw Products Company officially changed its name to Masco Corporation in 1961 and moved to its corporate headquarters in Taylor in ‘67. For the first time, in 1969, Masco was listed on the New York Stock Exchange. In 1975, Masco first appeared on the Fortune 500, and Masco’s annual sales exceeded $1 billion for the first time ever in 1984. One year later, Masco began manufacturing cabinets.

Van Born Road runs along the northern edge of Taylor, just north of the Detroit Industrial Expressway (I-94) from approximately the Southfield Freeway (M-39) on the east to Inkster Road on the west. North of Van Born is the City of Dearborn Heights, and the Ecorse River (creek) runs parallel to Van Born, creating a large federal flood plain that ranges from northern Taylor through Dearborn Heights and into the City of Dearborn.

Van Born, for the most part, is home to many small businesses and restaurants. Two of Van Born's largest institutional tenants, the vast headquarters of Masco Corporation (21001 Van Born) and neighboring Kmart, vacated in 2016. Masco left the City to drastically downsize in a new Livonia headquarters, while the Kmart closure was one of hundreds announced by the Sears corporation. Masco owns both the headquarters' location and the adjacent site previously occupied by Kmart.