The City of Taylor and the Taylor Veterans Museum Commission celebrates Armed Forces Day on a Saturday every May. Usually about 150 attend the event, which is held in the Cameron Priebe Plaza outside in front of the Taylor Police Department (but was moved indoors for 2015 and 2016 because of the weather).

While the event celebrates all veterans, each year the commission focuses on specific wars or eras. In 2016, it focused on Afghanistan- and Iraq-era campaign veterans. Each veteran of those campaigns -- or their families -- were awarded a medal and a letter from the City of Taylor. 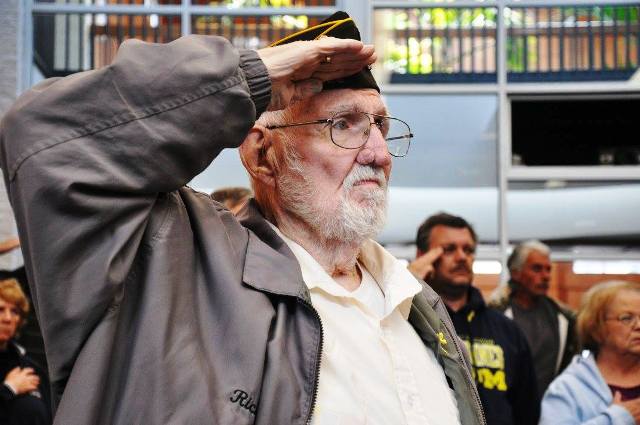 The veterans museum commission annually presents the event and board member Stephanie Krueger often serves as the master of ceremonies.  Various speakers are featured during the program. There is an official reading of deceased Taylor veterans' names each year, along with a wreath-laying and a playing of taps. The Taylor Veterans Museum was established in 2009 and continues to flourish since its relocation from City Hall to the new Media Center building. Check the City of Taylor website and local newspapers for the exact date and time of the event each year.