Mayor Rick Sollars announced that the City of Taylor, with the support of City Council and through the cooperation of DTE Energy, will be "going green" thanks to an aggressive new streetlight replacement program. Look for much of the work to be done in Fall 2016 and Spring 2017.

Most main street corridors were outfitted with old Mercury-vapor or high-pressure sodium lights. The new program will focus on 428 lights on Telegraph Road and another 1,250 elsewhere in the community. Changing out these locations will show an annual savings of $250,000 to Taylor. According to DTE, LED street lights are more energy efficient and will save money on the municipality's energy bill. In addition, LED street lights are more reliable and will enhance safety.

"This really fits what we're trying to do as a government," Mayor Sollars said. "This program is a fiscally responsible move for our citizens, and it's good business for the city. It's a win-win. Good government."

The benefits of LED streetlights are many. Along Allen Road, the Southgate side of the street is already LED, while the Taylor side is not. "You can really see the difference right there," Mayor Sollars said. "The LED is brighter and whiter." The LED lighting also lasts longer. DTE, which actually is responsible for most street lights in Taylor, is currently offering a very aggressive rebate program.

The initial focus of the program will be along Telegraph Road, where the old street lights have been most problematic for several different reasons. When that corridor was upgraded, the lights installed were an upgrade -- the "Cadillac of lights," as Mayor Sollars pointed out. When it came to repairing them, DTE had to special order them and the cost was substantial. One light, pole and all, can cost up to $7,000. At one point this year, about 10 percent of Telegraph lights in Taylor were not working. 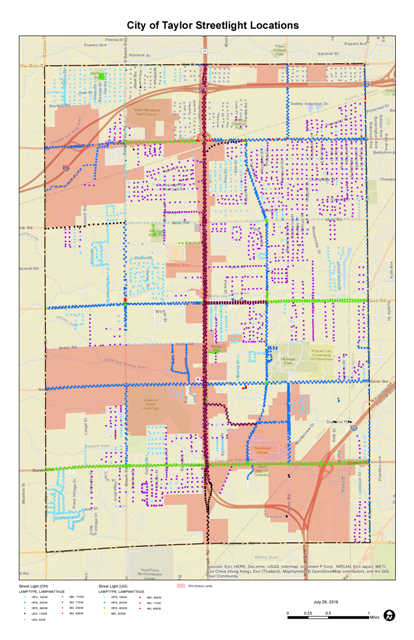 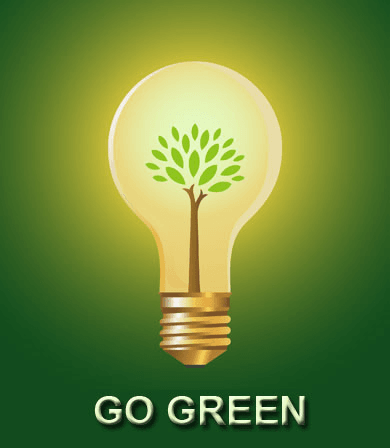