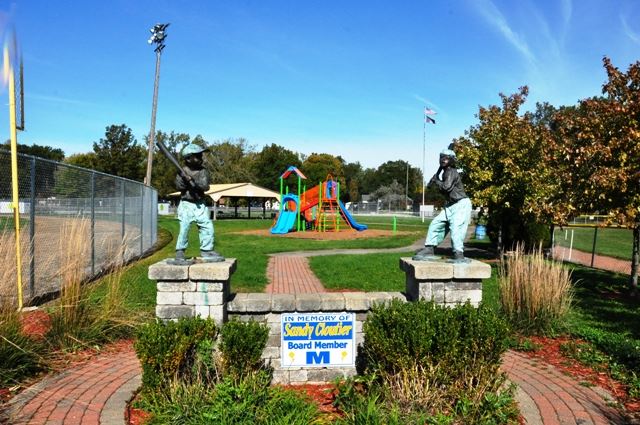 
Wayne County awarded Taylor a parks’ grant went toward the installation of two unique new playscapes, one at Papp Park and Taylor Northwest Little League. The other was installed at Taylor North Central Little League.

The Wayne County parks’ grant will pay for $35,000 of the $95,000 project related to the playscapes. The rest of the money will be funded through the Parks & Recreation Department. Papp Park/Taylor Northwest Little League has needed a new play scape for some time.

The upgrades will mark the third straight year that Taylor has made major park improvements outside of Heritage Park, starting with a the major renovation and renaming of Zub Park, followed by a new play scape and resurfacing of the walking path at Howard Noble Park.
Parks &
Recreation
Dine Out
Shop Taylor
Events
Places to Explore
Government Websites by CivicPlus®
[]