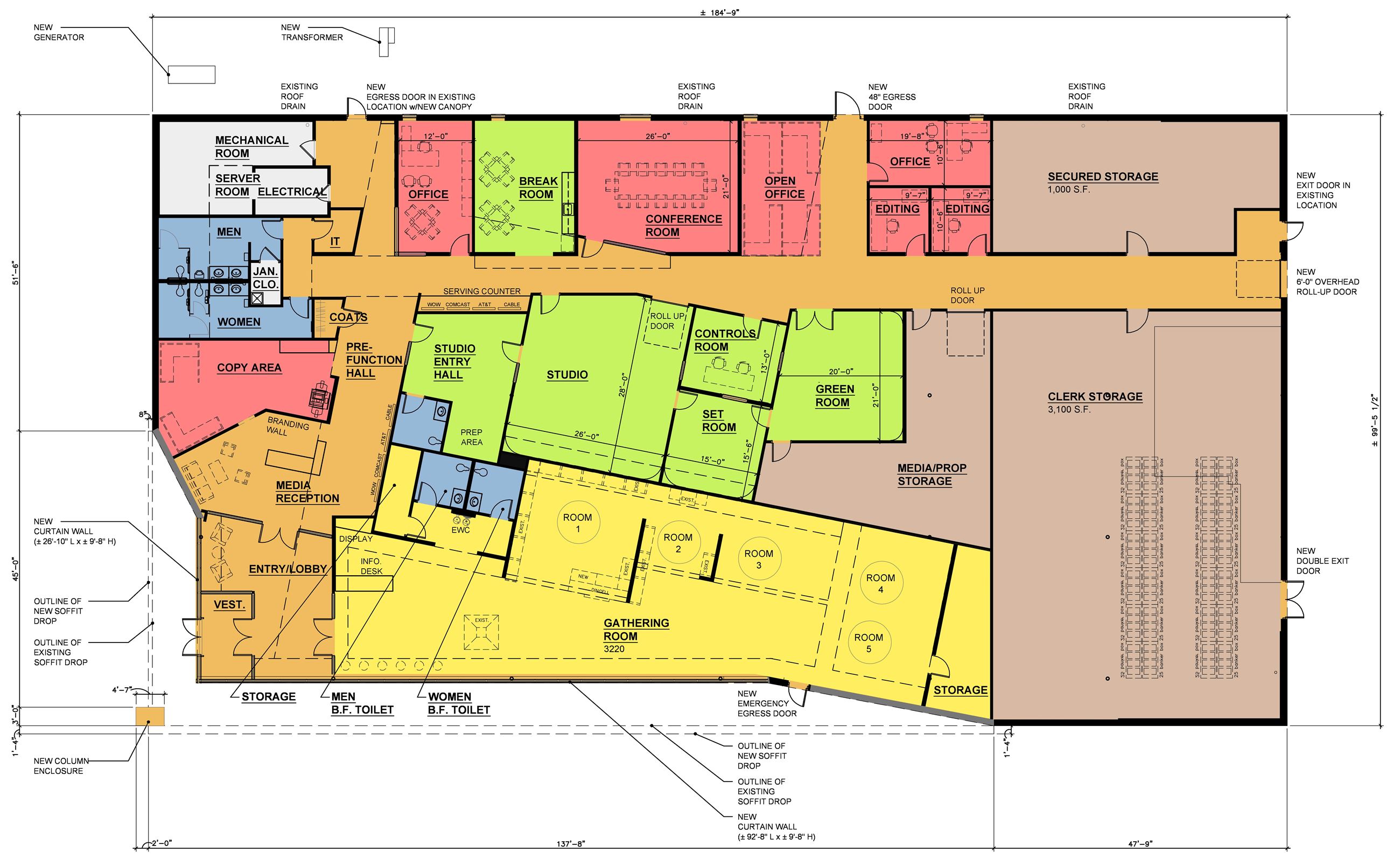 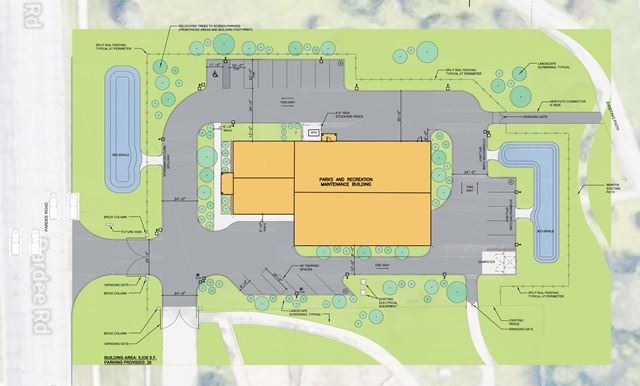 For more than a decade, Taylor’s old courthouse in the middle of the City Hall campus on Goddard Road sat vacant and deteriorating. Around it was were very busy, beautifully constructed buildings – City Hall, Police Department, 23rd District Court and Fire Station No. 1.  The nicest feature of the vacant old courthouse? Probably the historical marker in front of it. Inside and out, it was dying on the vine, so to speak. Behind the old heavily tinted glass, the roof leaked and the floor crumbled. After holding judicial cases for years, the building held nothing but stacks of dusty old files and old furniture.

Mayor Rick Sollars saw opportunity in this wasteland. The new Media Center (below) opening this year will bring several different entities together, all anchored by a revenue stream called PEG (Public, Educational and Government) public access fees. PEG fees, related to cablecast providers, can only be used by municipalities to fund public, education or government access programming and channels and their support vehicles. Those fees served as the foundation for the renovations of the old courthouse.

The anchor portion of the building is a dedicated broadcast studio, including three continuous studio rooms, control and prep area, all of which will be devoted to the visual arts. It will also include a reception area, offices, conference room, break room and editing stations. For years, the City’s withering cablecast abilities have consisted of some live governmental meetings and a constantly rotating slideshow. Decades-old equipment was wearing out, and Taylor had little capability to do more. The new studio and its equipment changes that, and will offer the impetus to drastically expand the City’s visual offerings.

The PEG fees created the financial foundation that enabled the City to renovate the rest of the building for other purposes. For instance, a large portion of the structure will be dedicated to a new, larger Veterans Museum, which will run down the western edge of the building and look out on Cameron Priebe Plaza. The museum is currently jammed into a small room in City Hall. The new museum will include areas devoted to each of the five branches of the military, along with a large gathering area, lobby and storage space.

The Media Center is one of two new buildings opening in 2021. The other is the new Parks & Recreation Maintenance Building (above) in Heritage Park, located on Pardee Road just north of the Heritage Park Petting Farm. In fact, it actually looks like a part of the farm – which was one of the ideas hatched by Mayor Sollars and Recreation Director Guido Ulin. It looks just like one of the farm buildings and fits nicely into the Heritage Park landscape around Coan Lake.

It will provide permanent storage for the department’s vehicles and cut down on wasted time and labor. The strategy is to anchor the grounds staff in a new building. Much of the staff’s regular workload is done in Heritage Park, so consolidating its operations at that location makes for better work flow. The 11,271-square-foot building provides for vehicle and trailer storage; specialized shop space; tool crib; breakroom; restrooms, showers and locker space; and two small offices.

“It was extremely important to have it blend into the general feel of Heritage Park,” the mayor said. “Through our work with NSA Architects, Engineers and Planners, we accomplished that goal. The existing buildings that were razed – an old house and a failing barn – have not been of use to anyone for many years, and were just an eyesore.”